In this new blog series, Meet the Little Sponges® Team, we aim to learn more about the people behind the Little Sponges® interactive dual-language program. From translators and writers to the CEO and curriculum developers, Little Sponges® has a diverse team of passionate individuals who aim to create the best bilingual program for young children.

In this blog post, we shed a spotlight on Karin Kraeling, a translator for the Little Sponges® bilingual program. 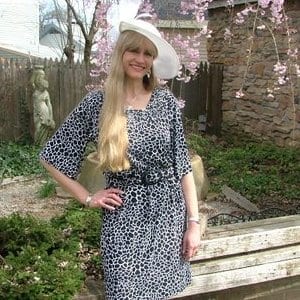 What languages do you speak?

I speak German, Spanish, English and a bit of French

What was your path to becoming bilingual?

I was born in Mexico from German parents. At home we always spoke German. I attended German church and went to the German school in Mexico City. This follows the German school curriculum as well as the one for Mexico. I always participated in German for native speakers. Some other subjects as biology, chemistry, physics among others are taught in German as well.

Teachers from Germany as well as from Mexico work there. English is taught as a foreign language starting 4th grade. I never felt special because I grew up speaking 2 and 3 languages. That was just something that I was expected to do.

What doors has bilingualism opened for you?

I came to realize that I actually was tri-lingual as an adult, when applying for jobs. People were always really impressed when they found out that I spoke several languages, especially here in the United States. I studied to become a language teacher but I have also worked in different areas, even administrative ones. Languages definitively open the doors to you. You can travel, engage in conversation with people from other countries and maybe even in their own language. I have lived in Mexico, Puerto Rico, Dubai, Germany and here in the US. Having learnt other languages, you are familiar with the process of learning a language, which makes it easier to learn another. Currently, I am using my bilingual skills to teach Spanish and German to students in school and help develop Little Sponges program.

What makes you excited about working on Little Sponges program?

I like the way it is structured. Children are able to learn while playing and watching an interactive program and let’s be honest, who does not like doing that?  Children are literally like sponges and absorb everything easier than adults do. Children will start using a different language even without realizing it.